A Family’s Diagnosis Inspires Book, “If You Love Me, Take Me Now”

I had symptoms for more than a year. It started with spontaneous bouts of hiccups. Whenever I ate or drank, I would start hiccupping. I was forced to stop eating or drinking until they passed. Sometimes, the hiccups would start for no apparent reason and they came any time throughout the day, even while sleeping. 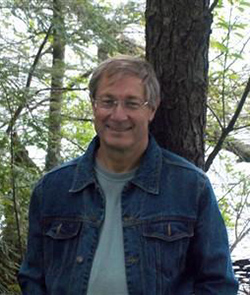 In August of 2003, I finally went to see my doctor. He sent me to a gastroenterologist because he thought it might be stomach related. It took a month or so to get the appointment and then he treated me for acid reflux for another few months. In the meantime, I was traveling around the world on business and burning up more time. Around Thanksgiving I started to have difficulty swallowing. My ears started to ring and I had this strange sensation that felt like my head was in a bucket of ice water. I also began to have headaches. I went back to my primary doctor in late January and told him of these new symptoms. By now I suspected that something was seriously wrong inside my head, but I didn’t want to think tumor. My wife and I actually joked about it being a tumor. My doctor finally sent me to a neurologist on Monday and a few days later, I had an MRI. The neurologist called me right away with news that they had found an egg-sized tumor attached to my brain stem and in the forth ventricle.

Surgery Was The Only Hope

That Friday I saw a neurosurgeon and they couldn’t schedule surgery for another four weeks. My headaches got worse. I had vertigo and difficulty walking and I started to lose the ability to swallow. The hiccups got so bad that at one point I hiccupped every three seconds all day and all night until a medication became effective. I started losing 2-3 pounds a day and I am (was) a jogger with virtually no body fat. I was convinced that I was going to die within a few weeks and surgery was the only hope. I was circling the drain pretty fast. Days before surgery, I could barely move. Walking was nearly impossible. I was semi-lucid most of the time and beyond the ability to take care of myself. My wife, Barbara, literally kept me alive by conferring with doctors and pharmacists and managing the medications. We had our will updated and we prepared for the worst.

On February 24, 2004, I had nine hours of brain surgery with complete resection of an ependymoma. It measured 4 X 3 X 2.5 cm. The recovery was not much fun. Among other things, my brain could no longer control my blood pressure. If I simply sat up in bed I would pass out. This lasted for a few weeks. I still couldn’t swallow and wasn’t given any nourishment for more than a week. I had lost more than 40 pounds. They eventually inserted a feeding tube in my belly just above my belly button. The nerves that controlled my tongue were damaged and my speech was nearly unintelligible. I could not walk at all due to a combination of factors including low blood pressure, vertigo, loss of motor control and sensory function on my entire right side, and loss of balance control. It took several weeks of therapy before I could walk with only a cane. Speech therapy helped me learn to pronounce words again. Slowly, the ability to swallow recovered enough for me to eat normally again. 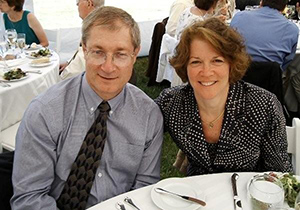 During this whole time, my lovely wife stayed by my side and helped keep me alive. Without her tenacity, I’m convinced I would not be here today. After about five weeks in a hospital bed, I was well enough to walk with a cane and go home. At home I did my best to resume my life as a husband, father and provider.

For several more months, I worked at refining my ability to speak and walk. My wife, my family and many good friends helped me, helped us, in every way they could.

My Wife’s Onset of Symptoms

Several months into my recovery, my wife started to have some health problems. Her eyes bothered her and she felt as if she had a sinus infection. Not long thereafter, her friends noticed that she was walking with a limp. She was a talented artist and began to lose dexterity in her hands. We made an appointment with the primary care doctor who we had both seen for years. He ordered an MRI, which revealed a massive six-centimeter brain tumor. We were both shocked. Our friends and family were beside themselves. How could this happen twice in one family?

From that point, Barbara’s health started to fail very quickly. She was rushed to emergency surgery where a tumor the size of an apple was resected from her brain. The same doctor who operated on me, operated on her. We even had some of the same nurses. Soon thereafter, Barbara underwent chemo and radiation for what we eventually learned was a glioblastoma multiforme.

These events were life changing for my wife, our children and me. People told me I should write a book about it. After years of recovery, both physical and emotional, I finally did. My book is called: If You Love Me, Take Me Now. 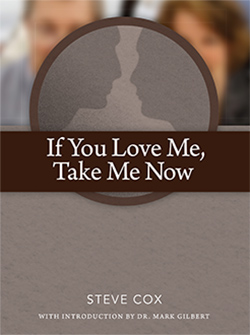 I am hoping that this story of my pain and loss can somehow bring some good to the world. A portion of the proceeds from the book will be donated to the CERN Foundation, in pursuit of a cure for brain cancer.

To purchase, If You Love Me, Take Me Now, click here.

Below is the book introduction by Dr. Mark Gilbert, Investigator of the CERN Foundation

The diagnosis of cancer has many ramifications for patients themselves, their family and friends.  There have been many publications both in professional journals and the lay press that describe the various stages and emotions that people experience after receiving the news. For most, there is the expected dread, given the association of the cancer diagnosis with concerns regarding survival and the anticipation of the short and long-term side effects of treatment. Some patients, paradoxically, are relieved to know that there is a reason for their symptoms and that the possibility of treatment focused on the cause and hopefully relief leads to a sense of hope.

Almost universally, however, patients who are told that they have cancer experience uncertainty.  This results from questions about prognosis, treatment options, and where to get treatment. These issues become paramount as patients tackle the immediate challenges that emerge soon after the diagnosis.

The memoir by Steve Cox that follows this Foreword very poignantly describes his journey with cancer. It is a very moving story, appropriately told from the first person, as it is Steve’s personal journey. He is very articulate in describing all of the aspects of this arduous expedition from a “typical” middle class, family-oriented environment to the struggle with the devastation of a rare cancer.

Why should we be interested in this very personal account of a serious illness? His cancer is very rare so it is very, very unlikely that anyone reading this book (unless they read it because THEY have this type of cancer) would get this cancer or know anyone who does. The answer lies in the lessons that his and his family’s experience teaches us about dealing with serious illness and in the important implications for tackling the cancer problem, now the number one killer in the United States.

From a personal standpoint, the memoir is a moving and captivating retelling of his experiences. He demonstrates tremendous inner strength motivated by his love and concern for his family. His revelations about his new life after the diagnosis and treatment inspired great respect and appreciation from me as well as insight into the journey that many of my patients must have experienced during their personal experiences with cancer.

There are additional aspects of this story that are important to consider. His diagnosis is of a rare cancer of the nervous system. This brings on extra challenges. He had difficulty finding healthcare providers with expertise so that he could be reassured that state-of-the-art care was being provided.  Fortunately, the Internet now provides access to a wealth of information, but caution needs to be exercised as not all the information available is trustworthy. Rare cancers present additional challenges, as research activities are often limited both because of small patient populations and limited funding – allocation of research support typically mirrors the incidence of the disease.

I have been involved in brain tumor research for nearly 30 years and much of the narrative resonated with me at the personal level, having cared for many patients with brain cancer as well as at the professional level. Fortunately, brain tumors are relatively uncommon but as a consequence, there has been limited funding for research. Recently, there has been more resources allocated for the more common brain tumors, but the rare cancers truly remain “orphan” diseases.

Steve’s diagnosis of ependymoma clearly places him in the rare cancer category.  This is a cancer of the central nervous system that is very uncommon in adults and has traditionally been considered primarily a pediatric disease. Until recently, there were very few scholarly publications examining ependymoma in adults. My personal involvement with this disease begins with one of my patients that led philanthropic support and to the creation of the Collaborative Ependymoma Research Network that has focused a major research effort in both adult and pediatric ependymomas. The investigations include clinical and laboratory science, evaluation of patient outcomes and a major effort in outreach, awareness and education. I describe CERN with great pride as it represents a model to tackle the problem of rare cancers. Through CERN, patients and their families can learn about the disease, find centers of excellence for consultation and care, and stay abreast of developments. Increasing awareness of the disease leads to a dissemination of knowledge and the potential for global improvement in treatments. In this context, clinical trials, previously deemed impractical can now be considered. It is through these efforts that treatments will lead to better outcomes.

This memoir offers much insight into the cancer journey and highlights the challenges and shortcomings of the current state of treatment. However, we should be heartened and encouraged by the generous support offered by many philanthropic and patient advocacy groups. By working together, we can make the cancer journey less daunting and provide hope of future advances.