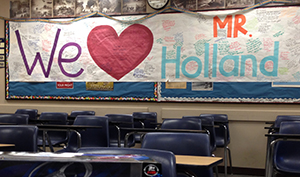 Growing up, I always confused the words benign and malignant, never really needing to know which was which. Aged 32 at the time, I sat in my neurosurgeon’s office and heard the word, “malignant.” Right then, I knew exactly what he meant, I had cancer.

Months before those words were uttered, in the fall of 2013, I noticed unusual things happening to me that I just couldn’t place. About once a month in the middle of the night, I would wake up with these strange déjà vu experiences; images flashing before my eyes that appeared to be familiar to me, but I couldn’t place or identify them. I’d go back to sleep after a moment or two and wake in the morning with every joint and muscle aching. I was exhausted and would ache for the next week.

In January, 2014, sometime in the middle of the night, I awoke on the floor of my bedroom with the objects from my nightstand all around me. I picked them up and quickly got back into bed. In the morning I noticed I had a black eye and slightly bruised face. It added more mystery to what was happening, but even then I didn’t think to go to the doctor. It wasn’t until I went partially blind while I was teaching my high school students one day that I made an appointment with my doctor.

My doctor had me undergo a battery of tests to see what was going on. I knew I wanted an MRI, not even really knowing what an MRI was. The MRI found a brain lesion in the occipital lobe and my doctor referred me to a neurosurgeon. 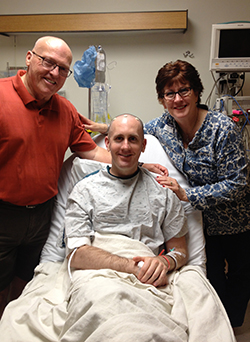 The Surgeon Said the Word “Malignant”

With “cancer” entering the scene I knew the story and journey would take on a darker tone, I was on a road I had never imagined I would never go on until I was well into my 80’s. I had been healthy my entire life. “Why think about cancer now when there is so much life to live,” I thought before all of this occurred. But here I was, sitting in the doctor’s office with my parents, silent, stunned, not sure what was next.

I underwent a PET/CT scan of my entire body to see if the cancer was anywhere else. To my great surprise there was a mass growing in my right lung. It was a shock upon shock. I, then, underwent a lung biopsy, which went well until I fell onto the floor of the biopsy room with a collapsed lung. They put a Heimlich valve in to restore the air pressure around the lung. One of the nurses kept saying that I could survive with one lung. I kept thinking, “that may be true, but I want both lungs.” The lung biopsy only proved it wasn’t lymphoma. (And though the lung mass disappeared with minimal scarring over time, an actual diagnosis of what it was remains a mystery to this day.)

The only option I had now was to have a brain biopsy. On June 10, 2014 I entered my local hospital for the surgery. I trusted my neurosurgeon, his team, and most of all Jesus Christ. My faith in Jesus Christ had never been greater than now and I was content with whatever road would come post-surgery.

The Road Would Only Get Harder

A week or so later we got the final pathology report from the biopsy. It was still cancer, but we didn’t know what kind it was. The only course to take was to have the brain tumor removed. After several hours in surgery, my doctor entered the waiting room with a huge smile on his face, barely able to contain the excitement and with confidence in his voice, he declared the entire tumor was removed. There was great rejoicing in the ICU that night.

I went back to work, as a high school history teacher, that fall knowing that a long road lay ahead. Thankfully, things were going well. My skull and scalp were healing from the craniotomy; my hair was growing back. However, the recovery wouldn’t last much longer. 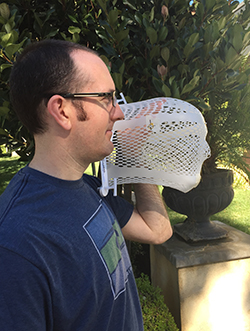 My medical team decided that I would undergo six weeks of daily radiation and oral chemotherapy (Temodar) as a preventative measure against any stray cancer cells in my brain and central nervous system. Having my brain radiated each day was quite a challenge and each night came with relief. I have never been more exhausted for this long in my life. I woke up just as exhausted as I went to bed the night before. Nothing took away the fatigue and exhaustion.

In February 2015, after four world renowned institutions and universities and discussions of seven different diagnoses, I received the final diagnosis of ependymoma between grade II and III. Finally, after surgeries, biopsies, procedures, and treatments I knew the general and final name of my foe.

Throughout the year of surgeries, treatment, and healing, I had collected Bible verses and quotes that gave me great encouragement and inspiration. I then realized that I needed to write a book, partly for myself to help my own recovery, but even more so for the many people suffering in our world.

Out of my suffering came Anchored in the Storm: Pursuing Christ in the Midst of Life’s Trials. The focus is to draw people who are suffering closer to Jesus Christ. I can literally speak to the handiwork and fingerprints of God in all of my life, but particularly and so clearly in my cancer.

As time went on, I started rebuilding my life, creating a “new normal” for whatever time I might have ahead. I realized that however bad the journey of brain cancer was, it truly was one of the greatest gifts I have ever received. In the middle of such great suffering physically, and emotionally, I recognized I was more alive than I had been in years. I realized the simple things in life matter more than most of the things I was concerned with before. I realized simple conversations were deeper in meaning than ever before. Life was great before the cancer and life would be even greater after the cancer. Notice, I didn’t say easier. 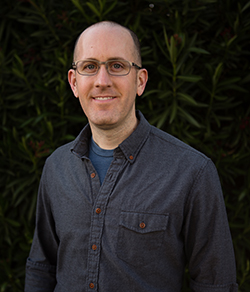 It’s been two years and emotionally I’m just starting to grasp what I went through. The word “cancer” still seems so foreign to my mind, and I have to remind myself I lived it. For how many days or years I have left on this earth that cancer may claim my body, I know that cancer can never claim my soul, my life. That belongs to Jesus Christ. The road ahead to recovery is a lot longer than the physical recovery, but I would not trade what I went through for the world.

The road is long and the journey is hard, but it’s not the end. I pray my book is an encouragement and inspiration to many, to keep fighting for the greater life ahead my ependymoma brothers and sisters and their families have.

To purchase, Anchored in the Storm: Pursuing Christ in the Midst of Life’s Trials, click here.