Building a Legacy in Honour of Connor Dawes

Ten months ago today our bright, witty, kind and courageous 18-year-old son took his last breath. An insidious ependymoma brain tumor robbed him of his beautiful life and took him from all of us that knew and loved him. We will not get to experience the joy of his promising young life unfold. 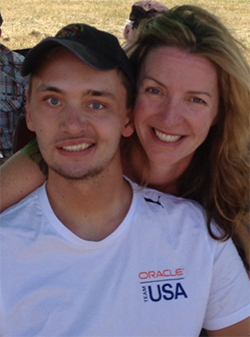 He passed away in our home with his dad, brother, sister and me by his side.  We hugged him, kissed him, held his hands tight and told him it was ok to go. We told him that he fought the good fight, the best fight with dignity, courage and humour that belied his years. We told him we loved him and would for evermore. I whispered to him that I would honour, cherish and celebrate him every single day for the rest of my life.

I reflect back now, ten months on, and feel it might as well be ten minutes or ten years… time has a different relevance to me now.  I know Connor has died but he doesn’t feel dead inside of me. His strong and wise spirit is very much alive within me.  I sense him close to me, and while it may sound strange, it’s very comforting.  I’ve mentioned this to his siblings, his dad, and some of his friends and they agree and feel the same way.

Connor was always a quirky and unique individual.  He was so bright and clever. We weren’t exactly sure how to keep up with him. I kept him plied with books from his earliest days.  Trips to museums were at least a weekly event, as he seemed to literally absorb all they had to offer.  He was incredibly strong physically but even stronger mentally. He was accepting, kind and non-judgmental. As I look back at pictures I now see how beautiful looking he was, but all I ever noticed while he was growing up was his incredibly gifted mind. 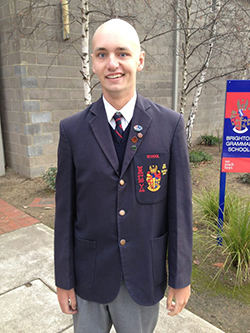 Within weeks of Connor’s passing we started the RCD Foundation in his name: Robert Connor Dawes.  The RCD also stands for our areas of focus: Research, Care & Development.  Our talented friends offered their areas of expertise and our kids’ babysitter Marek, now a 28-year-old marketing whiz, took care of our logo, website and overall “look”.

Connor’s brother came up with “Connor’s Run”, an 18.8km run that Connor did two months before diagnosis from our home in Sandringham to the Mercantile boatsheds along the Yarra River, trying to secure a seat in the Brighton Grammar School 1st VIII.  Nearly 2,000 participated and volunteered and over $100,000 was raised.  He has inspired a community, especially the youth. He has given us something much bigger than ourselves to focus on.

Brain cancer is one of the most common types of childhood cancer and ependymomas are the third most common form. I didn’t realize this until after Connor had died.  I was far too focused on getting Connor through each and every day than to think about the harrowing facts of the brain cancer world.  But now, the realization is there.  There isn’t enough awareness or money being raised.  The more we investigate the more we see that needs doing.  I find myself feeling anxious:  so much to do, so little time. 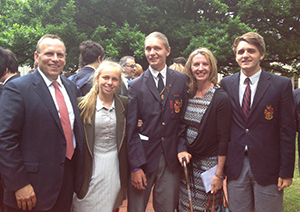 Ten months on and we have a PhD scholarship (for the study of pediatric brain tumors) in his name, we’ve established the RCD Foundation in the U.S. (Connor’s birthplace), to support the CERN Foundation, partnering with key researchers and helping to further promote understanding and support between the two countries.  We are offering outpatient neuro music therapy to brain tumor patients, which was something Connor received and thoroughly benefitted from.  We have worked to bring Brain Cancer Awareness Week to Victoria and have exciting plans in place for an Australia wide awareness campaign during this week, spearheaded by young school leaders across this country. We want to demystify the scary world of brain cancer by creating healthy brain awareness.  We want to remind everyone “the brain is where the heart lives.”  Our to do lists are long and getting longer by the day.

I often told Connor that his brain was a gift and only he could decide if he wanted to share his gift for good with the world.  He never really got the chance but now we can do it for him.  It feels like the only option worth considering.