Diagnosis Inspires Missy to Help Others 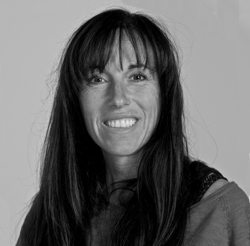 In the summer of 2001, I fell off a scooter and landed on the left side of my neck and shoulder. After the accident, my neck always felt tight, like I needed to stretch it. Then, I began to have headaches. They got worse over time and increased in intensity with any physical activity.In October, I had my yearly physical and asked my doctor to arrange a neck X-ray. It showed nothing, so I went to see other specialists. Everyone told me that headaches and neck pain are normal signs of stress, but I had a gut feeling something was wrong. I told my friend Larry, who was the chief radiologist at a large Toronto hospital, that I thought I had a brain tumor. He told me that the chances of that were slim to none, but to ease my mind, he scheduled an MRI for the next day. The MRI showed a tumor sitting at the tip of my cervical spine on C1-C2.

With the uncertainties of my condition, I thought my world had come to an end. Could they get the tumor? Was it malignant? Was it a secondary tumor, originating from somewhere else? The next few weeks were like a dream, full of tests and stress. I had an appointment with a neurosurgeon, who told me there was a small chance of severe debilitations. I left his office feeling calm and strong. I was ready to get this thing out and move on with my life.

My case was reviewed at all of the neuroradiology clinics at the three of the leading hospitals in Toronto. As it turned out, there was a 50% chance I would end up with severe debilitations because the tumor was so large for a very small spot. Also, it was located at the front of my neck. I just continued to think positively.

I awoke after the five hour surgery without a breathing tube. I knew things had gone even better than planned when I could feel the pin prick on my feet, legs and arms. My outcome was a miracle.

The tumor was a benign intramedullary spinal ependymoma, which was the best possible scenario. There was very little chance for regrowth. The pain was controlled by pain medication, but I was extremely nauseas. By the second day, I was out of bed, walking to and from the washroom. By day three, I was walking the stairs and down the hall, which was a strange and scary experience. I felt very unsteady, weak and had uncontrollable bouts of crying. I couldn’t explain why I was constantly crying, but thought maybe all the anxiety and emotions that I kept bottled up were coming out full force.

After five days in the hospital, I was released with no further therapy or help. I realized that I had to get on with my new life. After speaking with a few people, I realized that physical therapy was imperative to regaining my strength and mobility. I was left with numbness from neck to toes, loss of strength on the right side, loss of proprioception and balance, and an overall fear of getting outside of my tiny world at home. I felt very disconnected from my own body. I knew my legs were walking, but I couldn’t really feel them. I was told I would end up with numbness, but to actually feel it was completely different from what I imagined. I had physical therapy three times a week for a month and gained most of my strength back and all of my balance and proprioception.

More importantly, I gained back the confidence to live again. I tried things that I could do before, to find out I could still do them, just differently. I try to live everyday to its fullest. I still suffer with the same headaches and neck pain as I did before because those pains were not caused by the tumor. I actually had no symptoms from the tumor. Discovering it was just a lot of luck and a good gut feeling!

Dedicated to Helping Others

When I was diagnosed there was nowhere to turn. I found the Spinal Cord Tumor Association and I remain tied to it. I offer support and inspiration to those going through the process.

A version of this story was originally posted on the Spinal Cord Tumor Association’s website.