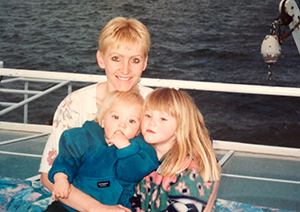 Blayne, who is now 20-years-old, was born prematurely on September 8, 1995. When he was eighteen months, we noticed that he was not well and his balance was not what it should be. We went to the doctors a few times but he was misdiagnosed. The day before his second birthday, his neck got stiff and he began vomiting quite a bit. By then, he had lost a lot of weight. We went to the doctor, who referred us to a pediatric pulmonologist in Johannesburg. The doctor decided to perform a Lumbar puncture on him. The doctor decided he needed to be admitted to the hospital on that same day, and put my son on a string of antibiotics in case he had some form of meningitis. The next day, my son’s condition worsened, so he decided he needed to have a CT scan, followed by a MRI scan.

On the September 9, he was diagnosed with a malignant brain tumor, which we later found out that it was a cellular ependymoma, located in the posterior fossa part of the brain (near the 4th ventricle and midbrain). An external shunt was inserted to relieve the intracranial pressure. The big surgery to remove the tumor was scheduled a few days later. Blayne nearly died on the operating table and he needed to be ventilated post-op and was slow to wake up. 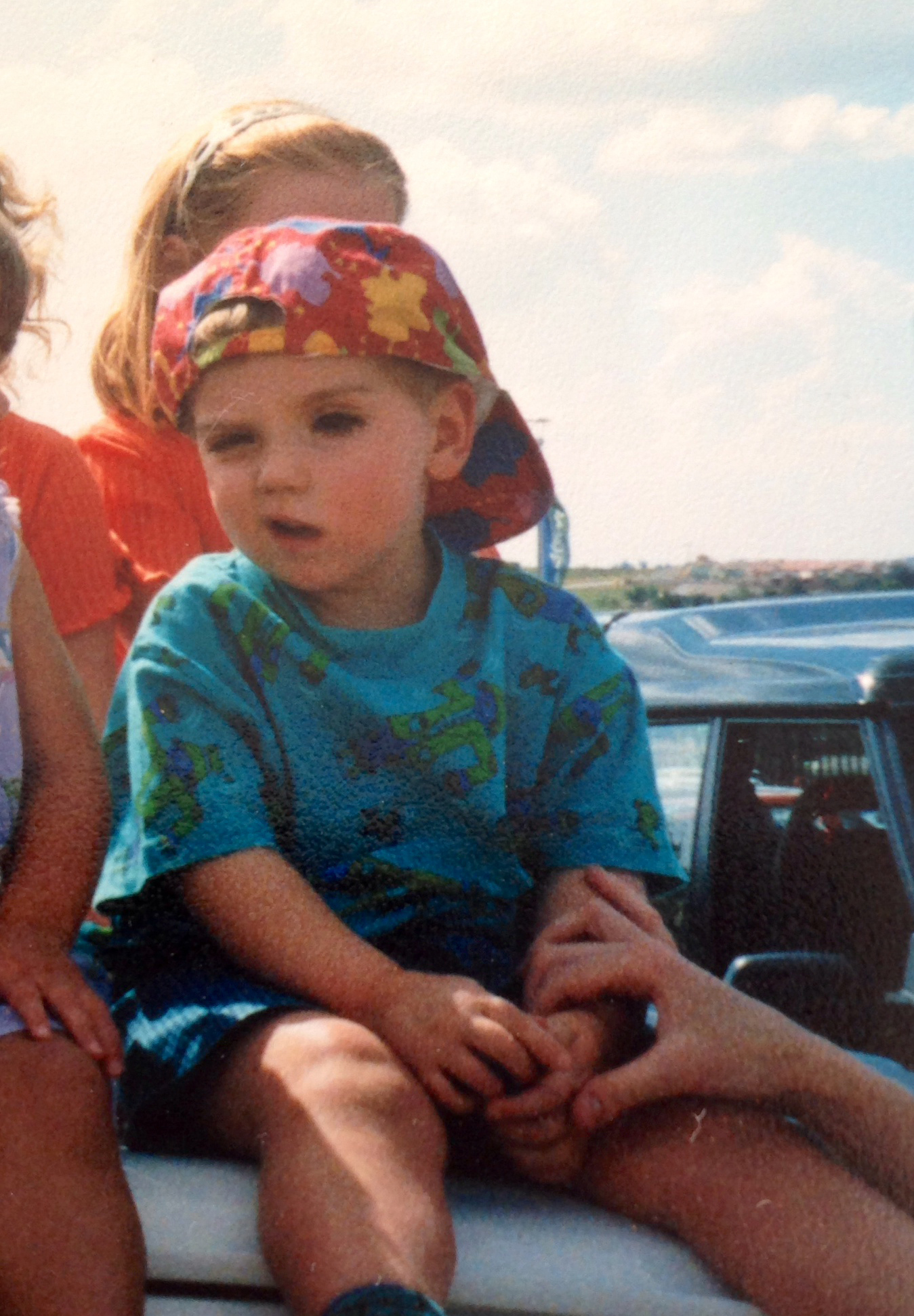 Due to the surgery, he was left with problems swallowing and needed to be suctioned and tube-fed for quite a number of months. He also had to learn how to crawl again. It was like having a two-year-old newborn baby. This gradually resolved.

The whole tumor could not be safely removed, so he underwent eleven rounds of chemotherapy for a year. He then received radiation therapy for seven long weeks.

Blayne required extensive physiotherapy to improve his balance, which resulted in him being able to walk again and regain the physical functions on the left side of his body. He also required frequent visits to the ophthalmologist as the left eyelid does not close. He also underwent occupational and speech therapy while at a school.

With time, his condition slowly improved, and he is cured from this awful disease! 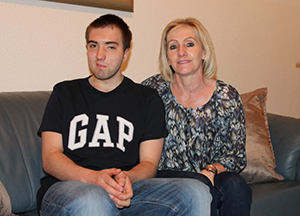 He now lives with a permanent internal VP shunt, which was blocked a few times.  He also underwent reconstructive surgery on left side of the face. After the third surgery, the operation was a success.

Although we thought it was the end, another tragedy unfolded. From 2011, we noticed that Blayne could not hear very well. He went for tests, and it was confirmed that he developed an auto-immune disease on the right side which resulted in losing his hearing on the right side. He is now officially deaf in both ears but thank God, technology has helped him to regain some of his hearing in his right ear – thanks to a cochlear implant.

In 2006, I decided to stop working to help my son by tutoring him throughout his school life while he attended remedial school. Well, after many years of hard work and dedication, in 2014, my son passed his matric, or referred to the final year in high school in the U.S., and is now studying at an International Hotel School.

After the ependymoma diagnosis, doctors constantly told me that he was not going to survive, even our oncologist said that chemo treatment would not help, but miracles do happen! I hope this story will help others who have children with cancer. Cancer is not a death sentence and it can be beaten! 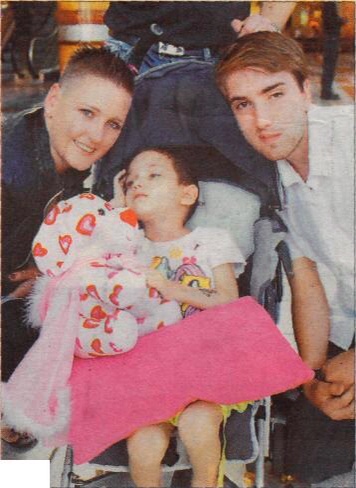 Finding Encouragement Through Others

One of the things that got us through was not only our friends and family, but connecting with other parents who were experiencing similar situations. I read Layla’s story in my local newspaper, The Fourways Review. Layla was also diagnosed with ependymoma. Coincidentally, we live in the same neighborhood. I contacted the newspaper and Sharyn, Layla’s mother. When you go through something like this you want to try and give back to other parents by supporting them with knowledge of what’s going to happen and the hope that they can overcome this. Since then, I have been in constant contact with Sharyn and Blayne and Layla have met.

“Blayne is such an inspiration – he gives me hope for Layla” shares Sharyn. “We stay in contact and I find his outcome and struggle so encouraging. When Layla met Blayne two years ago, she was not sure what was happening, but now she knows him as her friend who also has tumors.”