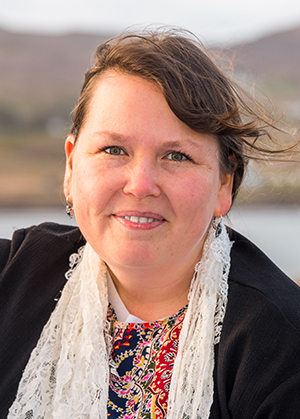 My first symptoms were masked during pregnancy.  During the birth of my first child, I felt this “pop” in my back and neck, followed by a sharp pain down my left leg.  I, of course, didn’t know this was anything other than a normal pregnancy symptom.  The following day, while trying to move about, I felt a drag in my left foot.  I noted it to the nurses who sent a physiotherapist to my bedside.  We did a few stretches and she said it was probably a trapped nerve in the hip from delivery.  This seemed plausible, since I had no previous experience in delivery.  The symptom remained at a very low level but never went away completely. I noticed too that I was unable produce breast milk after delivery.

Within a few months, I was pregnant again and this is when I noticed the symptoms increased.  I suffered terribly with pain in my back and neck.  I experienced a “swirling” pain starting at my shoulder and travelling constantly down my left arm.  I struggled with balance while both standing and walking. There was a notable loss of dexterity in my fingers at work where I was expected to count cash, I could no longer do so with ease or accuracy. Everything I did seemed to cause me pure exhaustion. Again, these issues seemingly could all be explained away by pregnancy.  I became concerned at a pregnancy check-up around seven months when I was unable to produce a urine sample.

I Began to Feel Something Wasn’t Right

As I neared eight months into pregnancy, I tried to get up from bed one morning and everything was like jelly. As I tried to walk, my legs were swinging in every direction except the way I had intended them to go, the pain in my back was nearly unbearable but it felt like I couldn’t feel anything from the chest down. I immediately went to my doctor.  I remember lying on the bed in his office and him asking me to pull up the legs of my trousers and look away.  He kept asking “Do you feel this? Do you feel this?” I said no.  He walked towards his desk and I looked at my legs.  He had been poking me with a needle and there were loads of tiny bloody pin pricks on my legs, yet I felt none of them.  I felt panic now. Because I live in a rural area, I was told to go on a two-hour drive to be seen by the neurology team.  I was driven home to collect a few things and then off in the car to the hospital.  One of the images I retain vividly after all this time is looking up from the car into the window of my house (a house we built and moved into only three months earlier).  Seeing my husband’s family holding my 11-month old girl and everyone waving good-bye.  If only I had known what was ahead of me that day, I would have stayed longer, I would have looked around a little bit more, and I would have snuggled my baby.

It would be three months before I would return to the house.

Doctors Discovered an Anaplastic Ependymoma in My Spine

An MRI confirmed the presence of a spinal “lesion”.  Because I was unable to lie flat on my back for the MRI, the details of the lesion couldn’t be clearly defined.  My treatment plan was to deliver my baby one month early by c-section.  I would have one day to recover and be transported by ambulance three hours to Dublin. In Dublin, I would have a laminectomy and excision of intradural tumor.  Within days, it was confirmed that the tumor was a Grade III ependymoma and that further treatment would be required.  I went on to have six weeks of radiation along with chemotherapy (tablet form) and mass amounts of physiotherapy.

I remember being in the physiotherapy room, basically paralyzed from the chest down, being lifted by a hoist onto the working table.  The therapist lifting my torso to a semi-sitting position. My head feeling like it wasn’t attached to my body at all.   I was completely helpless.  There was nothing I could do to aid this therapist in getting me into a sitting position.  I was far weaker and vulnerable than I could have ever imagined possible. This is the moment that the severity of my situation hit me.  I remember looking the therapist in the eyes and saying to her, “this could take a very long time to get better, couldn’t it?”  Looking at me with such caring and truth and simply said “Yes.”  I remember just crying from the depths of my heart.  Life was going to be very different than I had prepared for.  I had my one-year-old child and a newborn baby that I couldn’t let down - they were waiting for me.  I sat alone in my hospital room thinking only of them, many moments the thought of my girls stopped me from giving up completely. I fought a physical and mental fight every day to get the treatment, do the physiotherapy and get home to my daughters.

I Marvel at The Strength I Had to Overcome

I was told by some medical staff very early on I would not walk.  I was given a spinal support wheelchair and told “this was all I’d ever need.” I was told by a nurse shouting in my face “I must accept that I am disabled now.”  I used to lie on my back, paralyzed in the hospital bed, gazing at the door handle of the bathroom.  Imaging myself being able to walk to it, open it and being able sit to use the toilet! Daily tasks which were never even considered before are now goals for me to achieve! I had to push myself to overcome these extreme obstacles, I used a lot of visual imagery to “see” myself doing things again.

For me though, my story was always mine alone, I was going to write it according to my standard.  The words of some medical personnel were traumatic, but there were others too.  Some doctors that would come to my room in the middle of the night on their rounds just to sit and have their break with me while I couldn’t sleep.  They would encourage the tiniest movement in my toe as a breakthrough.  Sadly, my experience of diagnosis was extremely isolating. The feeling of isolation and grief has been my biggest challenges to overcome. I sought counselling a year after treatment, but because I had to travel an hour for it, it became a struggle just to get there.

It’s been ten years since my diagnosis, and looking back now, I marvel at the emotional, physical and financial burdens I endured, but I also marvel at the strength I found within myself to overcome.

I wish I wouldn’t have rushed everything.  I should have stayed dependent on my walking aides a bit longer to give my legs a chance to get stronger.

I should have demanded a better counselling service in the early days so I understood and had a plan about how to go back into my life without fear.  My mindset was completely altered the day I was told I had cancer, it was like fun and joy went away.  Things got very serious.  I got very serious. 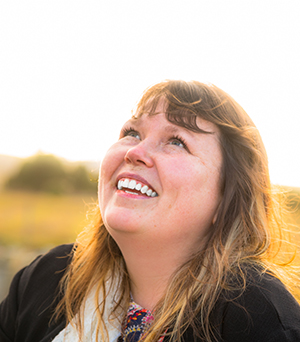 I Hope to Inspire Others

There are medical issues that I still have that will never go, there are limitations every day I have to work around or attempt to overcome, I don’t sleep well so I’m always tired, I’m sore, I pee my pants sometimes, my neck seems twice as big as before, my legs often work out of rhythm of the rest of my body, but I’m here. I’M HERE!!

I was very late in seeking information about ependymomas, probably due to the fear of what I would discover.  My priority was never to learn about my ependymoma, but to overcome it.  I didn’t know there was a place that could provide support and information about ependymoma specifically. I was always told I had a brain tumor and was never informed an ependymoma was its own entity.   In fact, the night before my surgery, a doctor sat on the bed with me and told me not to Google my diagnosis. That there was lots of misinformation regarding ependymomas and not to let it influence my outcome.  It took nine years for the curiosity to persuade me to look to the internet, that is when I discovered The CERN Foundation.  I’m so happy to have found a place where I can feel open about my diagnosis and to be inspired by others who found their strength too.  I look forward to keeping up-to-date with the research and dedication of the Foundation into the future, and I’m thankful to be able to share my story.