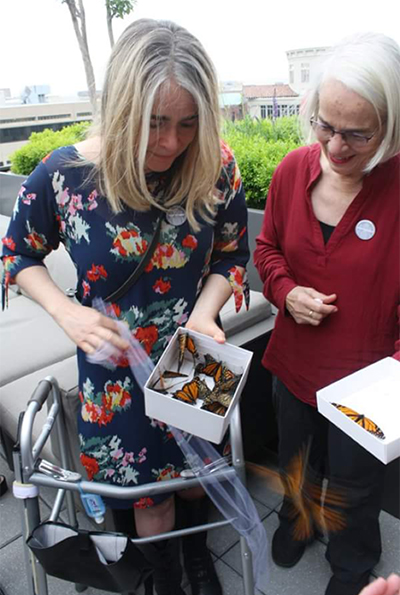 In 1989, at 14 years old, I injured my tailbone. Thereafter, I had severe pain in this area. I managed the pain for over 18 months, all the while searching for solutions with various health practitioners.

Eventually, I found an orthopedic surgeon who initiated immediate hospitalization. The problem was diagnosed as a grade I myxopapillary ependymoma inside my lower spinal canal.

I turned 16 years old in the hospital awaiting neurosurgery. MRI technology was not yet available in New Zealand, so while my family and I hoped the neurosurgeon had successfully removed all the tumor, we had no way of knowing for sure. I then had 50Gy of radiation treatment and two abdominal surgeries – one before and one after radiation – to protect my ovaries.

I learned to walk again, earned a Bachelor of Health Science in Nursing, and enjoyed a reasonably normal early adulthood – working, traveling, running, dancing, and making the most of every moment.

In my late twenties, the pain in my back and legs increased. The tumor was growing and affecting many areas of my life. At that time, I was a nurse and needed to be able to lift patients, however this became too difficult to do, so I adjusted my career and studied and worked in other areas of health and sports medicine that were less physically demanding. I also had muscle wasting in my left leg causing footdrop and falls.

In 2006, I had my first de-bulking neurosurgery to remove as much of the tumor as possible. Further de-bulking surgeries in 2012 and 2014 were followed by my second “lifetime dose” of radiation. While these interventions removed some of the tumor and possibly slowed its growth, they also resulted in further disability, dysfunction, and pain. I took maximum doses of pain medication for many years to help with episodes of debilitating spasms and chronic neuropathic pain. In 2015, I contracted bacterial spinal meningitis and was hospitalized for five months, during which time I had four more neurosurgeries.

In April 2017, at age 44, I received a letter from my multidisciplinary healthcare team of neurosurgeons and radiation oncologists stating, “The team does not feel there are any further treatment options for this patient in New Zealand.”

A New Reason to Hope

Since my teenage years, I have enjoyed reading about medical breakthroughs, particularly immunotherapy. For years, I followed the research of Mark Gilbert, M.D., now Chief of the Neuro-Oncology Branch at the Center for Cancer Research, National Cancer Institute (NCI), at the National Institutes of Health (NIH). I was hopeful that an immunotherapy trial might be imminent, so I contacted NIH’s neuro-oncology team.

In June 2017, with the support and encouragement of my family, I traveled with my fiancé to the NIH in Bethesda, Maryland, for an assessment. There, I met Dr. Gilbert and the neuro-oncology clinical care team. I was accepted into their immunotherapy trial, a part of the NCI-CONNECT program, investigating the drug nivolumab for patients with select rare central nervous system (CNS) cancers, including ependymoma. We were hopeful that after 18 months on nivolumab, I would be cured. I lived in Washington D.C. during the trial. My fiancé returned home to New Zealand for work, and visited me approximately every 6 weeks.

In February 2018, six months into the trial, my sacrum cracked through S1-S2 vertebrae, causing my spine to collapse. This was due to the destructive nature of the tumor that had eroded the sacrum and surrounding spinal bones. I was temporarily paralyzed. After two weeks of bed rest, I had a 13-hour neurosurgery to stabilize my spine and in the process, the surgeon removed approximately 25 percent of the tumor. 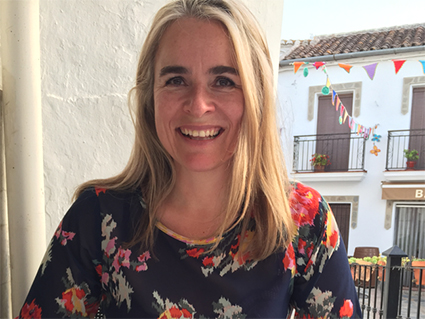 After surgery, analysis of my tumor tissue showed the immunotherapy drug nivolumab had not appeared to change the amount of T cell activity as compared with my pre-trial biopsy tumor tissue. Consequently, I was taken off the clinical trial and Dr. Gilbert recommended chemotherapy (lapatinib and temodar). I have since had three MRI scans and while the tumor has not shrunk, it has not grown either. This is particularly significant because until this point, my scans have been progressively worse. I hope to continue this treatment in New Zealand.

Support Along the Way

In May 2018, I attended the CERN Foundation’s Ependymoma Awareness Day and met others with ependymoma and CNS cancers. It was an honor to be there and have my mother there with me.

My parents and family have generously supported and encouraged me in so many ways throughout my ependymoma journey. I will always be immensely grateful for their love and practical support, as well as their understanding of my preference for independence wherever possible.

To live as well as I can with this disease I find it helpful to be:

An Important Message from Gretel's Family

In March 2021, Gretel died peacefully in her childhood home surrounded by nature and her family. She was with her parents and both siblings, just like when they were younger. Gretel created a butterfly sanctuary in front of her house and the monarch butterflies were outside her front door that day and continue to flutter and spread peace each day, almost like she is still there. Gretel wrote a note to share at her memorial service and we wanted to include it on her Inspiration Page, as she will forever be a source of inspiration to us all.

"Thank you for being a part of my life, however great or small our connection has been. For making my life the rich and meaningful experience it was. Like many who've gone before me, I wish I would have included more of everything, especially pain free times with you all. More hugs, tears, laughter, joy, silence, all night dancing, time in the garden, up trees, in the water, floor surfing and all the other parts possible on the roller coaster of life. I'm so grateful for the life I have had, so grateful for the beautiful family I landed in, and for the one that's grown around me, I've been truly blessed." Gretel Moana Jack