I was first diagnosed with myxopapillary ependymoma at the age of twenty years old. I was in my junior year of college at the time. I was very active and always looked forward to my daily workouts at the recreation center. And then everything changed. The workouts I once enjoyed were no longer a hobby to me. In fact, I struggled to continue working out due to fluctuating tailbone pain. As time continued, so did my tailbone pain along with sharp pain in my glutes and legs. I knew something was wrong, but never expected it to be the diagnosis it was. We had an MRI ordered of my lumbar spine. I was told everything looked great and there was no explanation for my pain. The pain continued to persist. I went through months of physical therapy and pelvic floor therapy and yet still no answers despite doctor after doctor. After eight months of no improvement in my pain levels, I hit my breaking point. Regardless of my medication intake, nothing seemed to ease the pain even the slightest. Fall semester was quickly coming to an end and I remember thinking, ‘I cannot keep doing this.’ I wanted so badly to be back in the comfort of my home. Little did I know as soon as I would get home for Christmas break things would take a turn for the worse. In fact, I practically became bedridden with semi weekly visits to the ER. My body seemed to be shutting down. My feet turned inward, I could not climb stairs, my body began to tremor, and I was losing bowel and bladder function. This nightmare was quickly becoming a reality for me — a twenty-year-old with so many dreams and aspirations that would likely never be full-filled... or so I thought at the time. As much as it broke my heart, I truly thought this was going to be my last Christmas spent with my family. I was trapped in a failing body and had no way out. It was becoming physically impossible to carry on in life. By the Grace of God, I ended up in the hands of a specialist who would end up helping me. He took one look at my MRI from nine months prior and admitted me to the hospital right then and there. I underwent an emergency ten hour surgery and walked out of the hospital seven days later with a scar that now runs from my L5 to S2 vertebrae. Not only could I walk again but my long standing pain was also gone aside from the post-surgical pain. I was told my tumor had less than a 1% chance of recurrence and that no further treatment was needed. It was nothing short of a God given miracle and the road to recovery began. 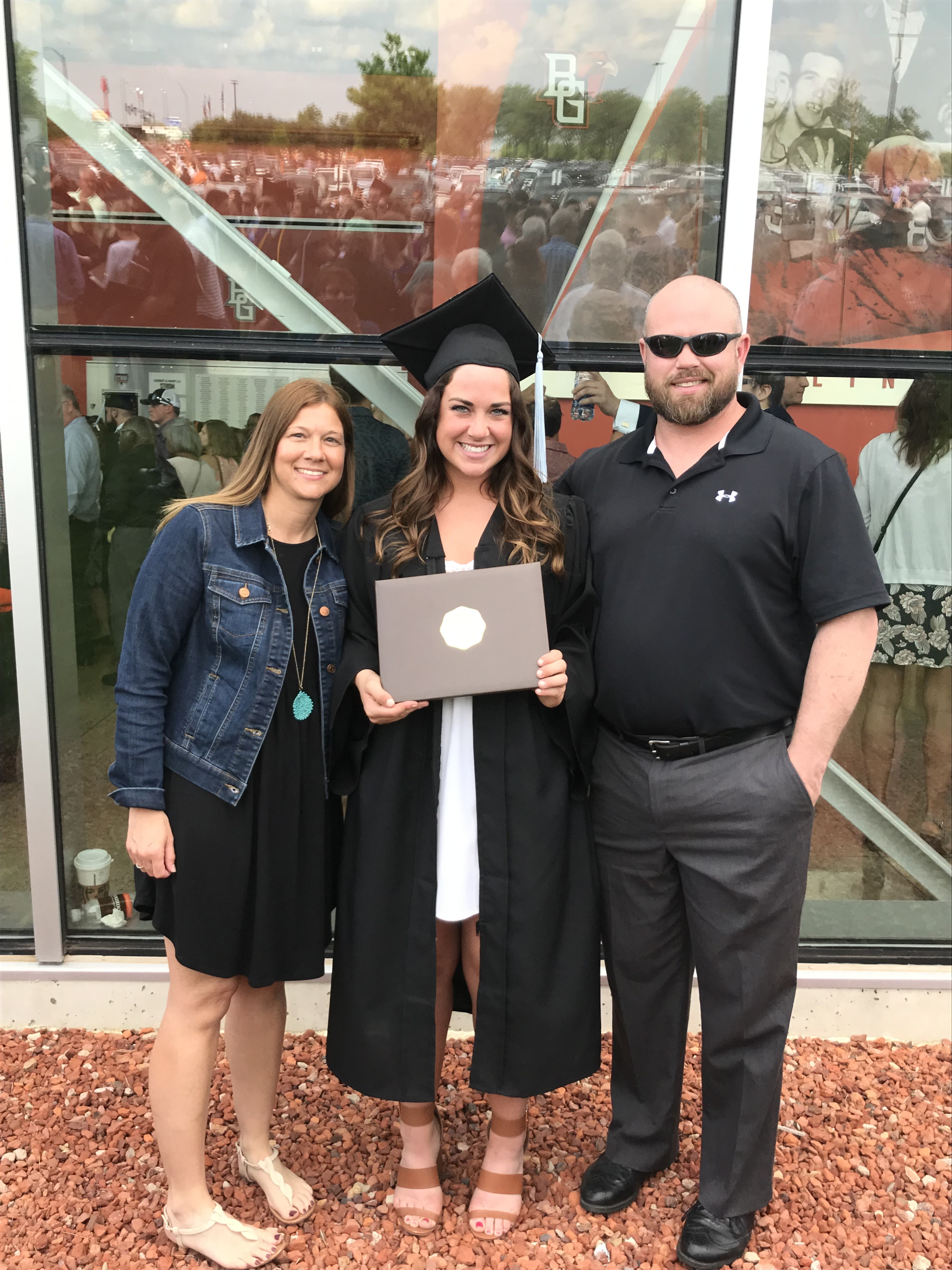 I remember making a promise to myself back during some of my most difficult days. I promised myself when and if I was healed, I would never take another day or opportunity in life for granted. I made a list of specific things I wanted to accomplish. After surgery I was able to put my plan into action. I finished college and graduated with a bachelor’s degree. I then went on to open my own business pursuing Residential Interior Design. Soon after, I was doing things I had previously enjoyed doing — traveling, hiking, attending concerts, etc. except now I had an entirely different perspective and outlook on life.

Fast forward to October 2020 through March 2021, and the all-too-familiar pain was back. I tried to remain positive, but my gut was telling me differently. I felt like I was being thrown back into time. I spent time with several different neurosurgeons in and out of Ohio, all who had no clear-cut answers. I was again referred to pain management teams one after another. We tried countless medications, injections, spinal cord stimulators, acupuncture, and even holistic routes. There was not much progress, in fact there was none. The feeling of defeat grew even bigger than the first go-around. I was reliving my worst nightmare. The full body tremors were back and I had to rely on crutches to walk. But, I never let go of my faith. I held tight to my faith and leaned on my support system. I did not give up before and I was not going to give up now. It was at this time when we stumbled across the CERN Foundation, a program of the National Brain Tumor Society. 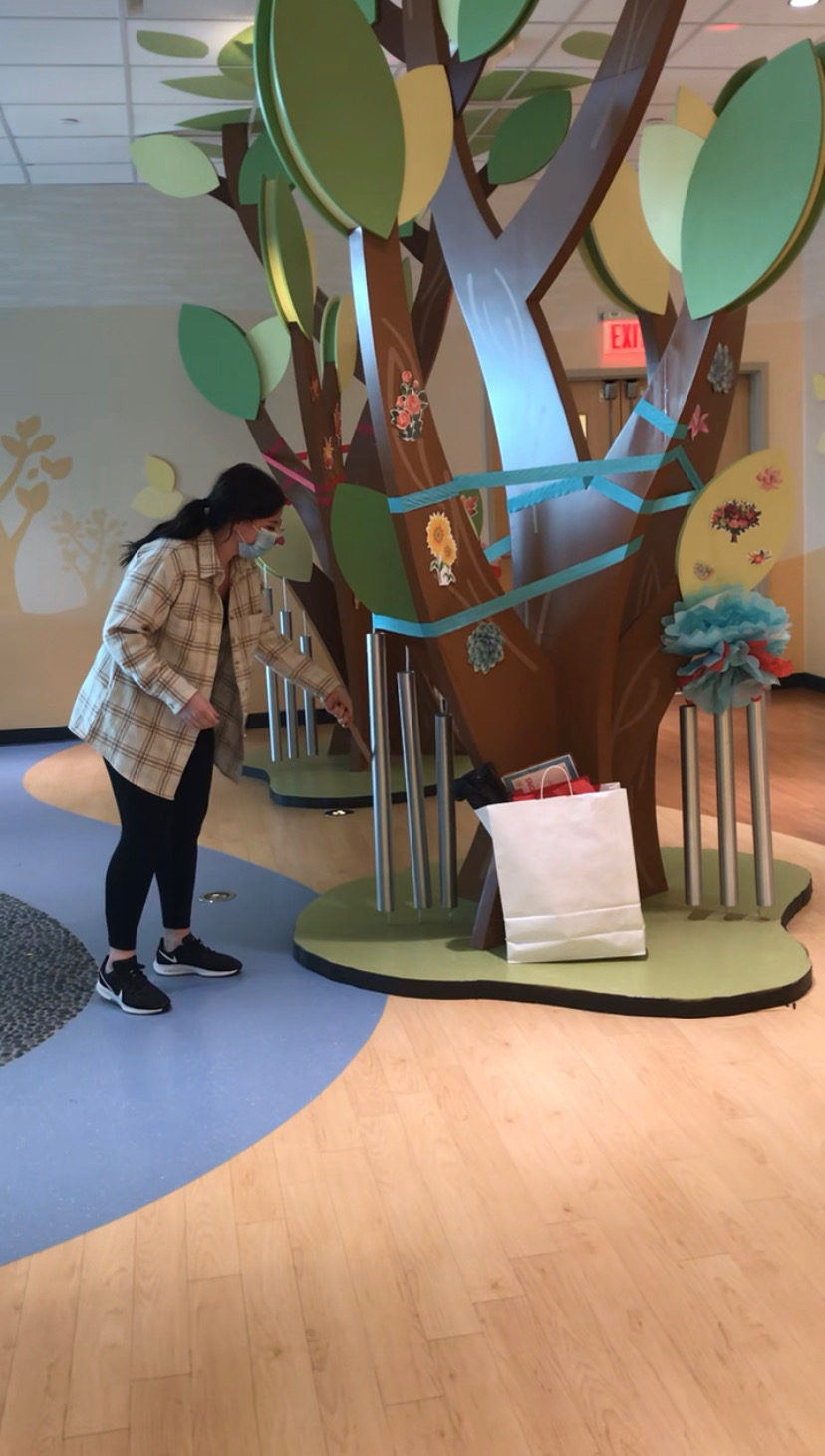 I will never forget the day I called the CERN foundation. I truly mean it when I say Kim and the entire CERN team helped save my life that day. My quality of life was declining at a rapid pace and I did not have much physically left in me. Kim promised me she would help me and that is just what she did. A couple hours after our phone conversation, she sent me referrals with teams of doctors who were willing to see me in the next couple of days. I was speechless and for the first time in six months I cried happy tears knowing there was hope. The team of doctors I am now with are phenomenal. They acted fast and listened to me. We tried multiple different avenues to help because we had to wait for growth of what was suspected to be a new tumor. It was too high risk to go back in for another surgery at that time. Fast forward to July of 2021 and the MRI concluded the tumor was back and more than doubled in size. I went in for surgery on August 11th and I am happy to announce, I just recently completed twentynine treatments of proton radiation in six weeks.

And here I am now taking it one day at a time. Life continues to get better as each day passes. I am still working through some post-surgical complications. I would be lying if I said I was not nervous regarding my MRI that is scheduled in early 2022. Nonetheless, I continue to get stronger each day while having a new appreciation of normalcy. I’ll never know ‘why’ I had to go through this not once but twice but that isn’t the point in all of this. The point is I know there is purpose in all of this, and God’s plan is always bigger and better than my own. This continues to hold true no matter how many trials and tribulations I go through.

Throughout this entire year, I have kept in close contact with the entire CERN Foundation. CERN has been one of my biggest supporters, advocates, and the best listening ear I could ask for. There will never be enough “Thank-yous” said to express myself and family’s gratitude towards CERN. This foundation gave me another chance at life. It heard me, helped me, and ultimately has inspired me. It is now my turn to be a supporter, an advocate and voice for those who do not feel heard or who are going through something similar. Thank you, CERN Foundation, NBTS and all those who support this amazing organization. Without you I would not be where I am today. Thank you for being an advocate for those who need it, for inspiring people like me to be vulnerable and share our stories in hope to help others feel heard. Thank you for continuing to fight for and bless each and every person whose path crosses yours.