Taking One Step At A Time 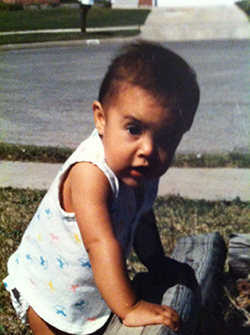 I am nineteen years old. I will be twenty years old in a week. Ironically enough, on April 1, 1997 (April Fools Day), when I was just four years of age, I had a grand mal seizure in bed. My parents drove me to the ER, where later I found out I had an ependymoma brain tumor in my parietal lobe. It was a shock to my church and my school, considering I was four years old and suffering from a brain tumor. Because I was so young, it did not really affect me. I went to a pediatric neurologist in Tulsa, Oklahoma, and he decided that I should go to Houston.

The Tumor was Removed

We went to Houston, where the surgeon successfully removed my tumor, but left my right side of my body complete paralyzed. Thankfully, the feeling in my right side came back and they discharged me back to Tulsa. I went through six weeks of straight radiation. As far as I was concerned, the bad part was over.

A few years went by with no symptoms, but in my freshman year in college, I had a seizure. I went to the ER and found out that all the calcium in my brain was causing the seizures. I had an MRI and several doctor visits. My doctor prescribed me to numerous anti-seizure medications, but none of them seemed to stop my seizures. One day he asked me if I was willing to undergo focal resection surgery to remove the portion of the brain responsible for the seizures. I accepted the offer because I didn’t know what else to do. I went to Memphis, Tennessee, where I underwent a series of tests, including an EEG test that records the electrical activity along the scalp. I also went to St. Jude Children’s Research Hospital for a FMRI test that measures brain activity by detecting associated changes in blood flow. It was determined that surgery was the best option. 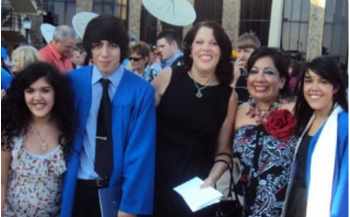 In July of 2011, we began the first part of surgery, where the doctor placed a grid in my brain (also called brain mapping) to “map” the precise location of the source of the seizures. He tested the grid and caused the worst seizure possible. I still remember it in detail and it haunts me every night. Six days later, they removed the area in my brain where I had seizures.

I distinctly remember waking up and realizing my whole right side was completely paralyzed. I called my boyfriend, screaming and hysterically crying saying, “I can’t move my hand!” The nurses gave me a walker, and by the next day I was walking with it. Ten days later, I was discharged from Memphis to Tulsa. Not only was I paralyzed I also had a football shaped scar on my head. A week later, I started physical therapy and occupational therapy. I thought everything was good until one October morning I had a grand mal seizure. The surgery didn’t work. I was so upset and fell into a deep depression. After completing physical and occupational therapy, I started having what I call dream seizures. I later found out that I had sleep paralysis. 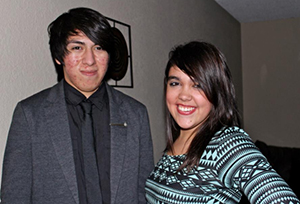 So far I’m taking one step at a time. I have pain medications to control my seizures. I am back in school and have a part time job. I am in physical therapy to train my brain how to walk correctly.

Life has been a roller coaster for me. I have my off days and my good days. I realized that I can’t dwell on that past and that God put me on this earth for a reason. I want people to live each moment like it’s your last. For those who have an ependymoma – you are beautiful/handsome, inside and out. You are special and God put you on this earth for a reason. I am very passionate about the CERN Foundation and I want to help cure this ugly disease we call ependymoma.