Zsila Overcomes Ependymoma and Gives Back

As Zsila approached her junior year in high school, living a very active and normal life, she started having bad headaches for 1 year. “It felt as if a bag of marbles or rocks were shifting from one side of my head to the other, I thought it was a migraine.” She also noticed that a couple of times when she stood up, everything would turn completely black for about 30 seconds and her legs felt like they were falling to the ground. 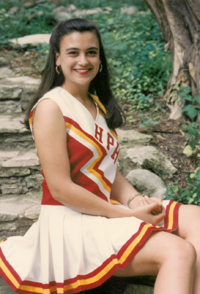 On December 30, 1994, Zsila’s life changed forever. She woke up with a massive headache that was constant and began vomiting in the morning. Later that day, she worked out on the treadmill and after she got off, she heard her leg dragging and her leg was temporarily paralyzed (from the tumor pressure). She called her mother and doctor and was told to go to the E.R. After having a CT and a MRI, they found a massive brain tumor, from the occipital lobe to the frontal lobe or two-thirds the size of a coke can. The doctor scheduled the surgery for January 2 and pathology was consistent with a grade 2 ependymoma. He said if she if she didn’t have surgery, she would only have maximum 2 more days to live.

Zsila was told that she probably wouldn’t be able to walk after the surgery and that one side of her body would be paralyzed and they were not sure what her outcome would be. Her brain was used to the large mass, so they were unsure how her brain would respond and they were worried that she may have seizures. All of her friends and family came to visit and showed support. At the age of 17, she knew she would be different and she was scared of the results from the surgery. She was reassured by her faith. She thought, “God put me here for a purpose and it is not done.” Realizing the gravity of the situation she thought about what her last words would be and quoted “I can do all things through Christ who strengthens me” as the surgery began. 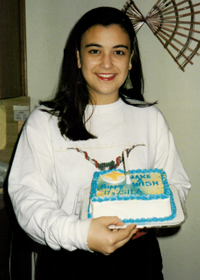 And then she woke up from surgery. She looked down at her fingers and toes and started moving them as if performing her own neurological exam. Her only deficit after surgery was some visual loss. She realized her perspective in life changed literally and figuratively from that day forward. “Even though one may have a deficit, be thankful for life and that the deficit is a reminder so you will never forget what you have been brought through.” After the surgery, all her scans were negative – she had no radiation or chemotherapy. In August of 1995, 8 months after surgery, she had a serious, life-threatening episode of constant seizures, but that was the only episode of seizures after surgery and again reminded her of her purpose on earth.

Ironically, Zsila knew she wanted to be a physician well before that life-altering moment in her life. She now had confirmation that she would pursue her dream and give back. She decided to go to Texas A&M and get a degree in chemistry. After the surgery, school was harder for her than most. Loud noises bothered her. She wasn’t able to drive temporarily from the seizure episode, but she was humbled and that taught her patience. Zsila graduated on time with a 4.0, summa cum laude. Then she decided to become a Pediatric Neuro-oncologist. All of her life experiences led her to this and she was excited. She began her fellowship in Pediatrics and Pediatric Neurology at the University of Texas at Houston and then continued her fellowship at MD Anderson Cancer Center for Neuro-Oncology (a CERN center). Zsila recently finalized her fellowship and has joined the St. Jude Children’s Research Hospital (a CERN center) as faculty in neurology and neuro-oncology. She has learned from her ependymoma diagnosis, “obstacles in life seem like roadblocks. Instead of viewing them as roadblocks, see them as stepping stones. Climb up on the stepping stones and have a more meaningful, enhancing life.” 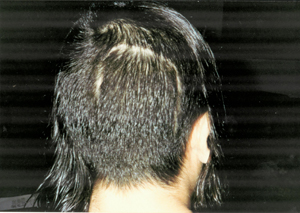 When asked if she had a patient of her own that was recently diagnosed with ependymoma – what advice would she give them?

She is thankful that ependymoma patients have the CERN Foundation as an option. “Your life is about to change –choose better, not bitter. Help other people by sharing with others. Sharing is therapeutic. It is one of the most trying experiences for anyone, but eventually you will be able to say thank you. Always have hope, live life to the fullest. You don’t know what tomorrow brings… follow your dreams.” – Zsila