Matt Cotcher was diagnosed with a Grade II ependymoma in 2007. The tumor was so developed that Matt required major brain surgery within two weeks. 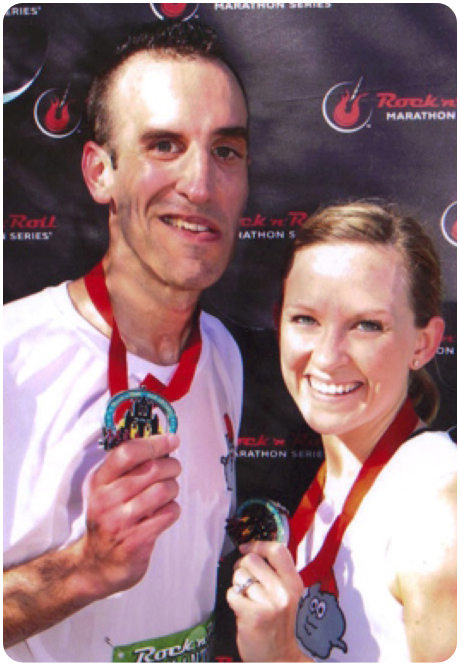 Unfortunately, the tumor was large enough that it was displacing healthy brain tissue. The tumor was wrapped around his brain stem and surgery resulted in a long list of deficits. At 35-years old, he had to re-learn basic functions that get taken for granted like breathing, balancing, talking, walking and swallowing. Read more about Matt.

Rather than miss things that were lost as a result of his operation, he chose to appreciate everything he has gained. His entire life perspective is much more complete now and he tries to live each day the way he believes most folks wish they did.

“In 2011, I started a nonprofit organization to help raise brain tumor awareness - Hawktober - with one other brain tumor survivor. My goal is to give people what I didn’t have - information about their diagnosis and available treatments.” – Matt

Supporters will Rock da’ Hawk (get a mohawk) in October to raise awareness and generate funds to be used throughout the brain tumor community and the CERN Foundation. Help promote brain tumor awareness by getting your free mohawk at any Floyd’s 99 locations on Monday’s in October. 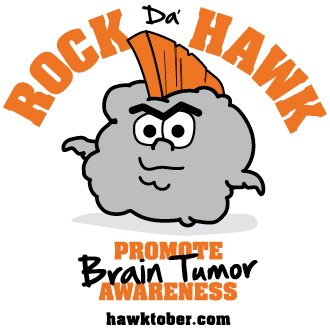 Hawktober Was A Huge Success!

Thanks to Matt and everyone’s efforts, over $4,000 was donated to the CERN Foundation and will help us advance our efforts as we work for a cure!