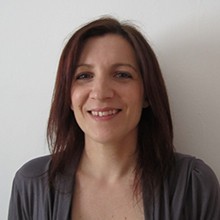 In October 2016, Claire King, Ph.D., research associate at the Cancer Research UK Cambridge Institute at the University of Cambridge, began her research project to investigate the genetic fusion that drives the most aggressive subtype of supratentorial, or forebrain, ependymoma. The fusion is between two genes, C11orf95 and RELA.

Her project is funded through a distinguished and competitive award called the 2018 Robert Connor Dawes Scientific Fellowship. Without this fellowship funding, she acknowledges her project would not be possible. “I am grateful to the RCD Foundation and CERN for enabling me to continue my research,” says Dr. King.

Understanding the genetics of ependymoma

C11orf95 is an unknown gene that is fused abnormally to other genes, such as RELA, in brain tumors, and MKL2 in other cancer types. This indicates an important role for C11orf95 in driving cancer development, but how and why is unclear. This research, therefore, will present entirely novel information regarding the function of C11orf95 and how its fusion to RELA drives ependymoma.

The first aim of Dr. King’s research is to understand the genes that drive supratentorial ependymoma by studying the role of C11orf95 in mouse models. “One of the easiest ways to determine the role of a gene is to delete it, which can be done in mouse models because mice have genomes that are easy to manipulate” says Dr. King.

To understand the role of C11orf95 in ependymoma, it’s critical to first determine its role in normal development, explains Dr. King. She performed a detailed expression analysis of the mouse equivalent of C11orf95 in tissues at different ages, revealing a high and widespread expression throughout the body at mid-gestation. This expression significantly decreased, becoming isolated to a few tissues as embryo development progressed and remained specific to these tissues into adulthood.

She then genetically engineered a mouse model in which mC11orf95 was deleted from either one or both parents. Subsequent breeding studies of the mice produced 184 live births, only 14 of which were without both copies of the gene. The researchers determined that the gene is therefore critically important in normal early development. “This is information we wouldn’t have been able to obtain if we didn’t build the mouse models,” says Dr. King. The research team continues to analyze and characterize the genotypes of all the live-birthed mice to further understand mC11orf95 in normal development.

The second mouse model her team developed allows mice to be born with both copies of C11orf95 intact and for it to be deleted at controlled times and locations. “We need both mouse models because they complement each other and directly test the importance of C11orf95,” says Dr. King. She aims to be characterizing mice with the deleted gene within six months.

Her first approach involves injecting viruses carrying C11orf95-RELA and a fluorescent protein into the brain of mice. Histological analysis and imaging of these brains will be carried out to determine the timing of tumor formation. Further brains will be collected and tumor cells expressing both the fusion and the fluorescent protein will be sequenced in order to determine molecular changes during tumor development.

Dr. King’s second approach is to generate conditional forms of the fusion to drive spontaneous development of ependymoma in mice, without the need for invasive techniques. The expression of the fusion in these models can be switched on at controlled times and locations. The tumors that form in these animals will be subjected to a very detailed analysis in order to understand the molecular events in ependymoma formation.

Her third approach is to develop a mouse model that mimics the chromosomal shattering and rearrangement events that lead to the fusion formation in humans. In the next six months, Dr. King expects to report on the molecular changes during initiation and progression of ependymoma and complete testing of the mouse models she’s developing.

“Developing mouse models that are useful in science is very challenging. It takes about six months to a year and so far, we feel we have been successful in our designs and are putting the models to use to understand ependymoma,” says. Dr. King.

Simultaneously, the Gilbertson lab is collaborating with Eric Holland, M.D., Ph.D., of Fred Hutchinson Cancer Research Center and UW Medicine in Seattle, to develop a mouse model of ependymoma in which the mouse develops ependymoma spontaneously following the introduction of C11orf95-RELA cells in the brain. The production of this first-ever model was published in Cell Reports 2018 and they continue to study the mice to understand the role of C11orf95 in the fusion.

Finally, the team has an established mouse model in which they can inject patient-derived tumor cells in the brains of mice in order to test new drugs and delivery methods before they go to the clinical trials.

Dr. King aims to have published data and results of her investigations within two years. Ultimately, Dr. King hopes her research will enable better diagnosis and treatment of supratentorial ependymoma.