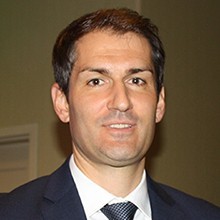 To better understand ependymoma, pediatric neuro-oncologist Kristian Pajtler, M.D., is studying its molecular data and classifying it. He has made important discoveries that could lead to the development of more effective therapeutic approaches.

“It has allowed me to dedicate research time to ependymoma only. I was able to focus on urgent questions and finish important ependymoma projects,” says Dr. Pajtler. He has published several original papers during the funding period with more to come. He also acknowledges that his recent discoveries have been made possible because of invaluable collaborations with investigators in the CERN Foundation network.

“These collaborations have motivated me to move the field forward but have also helped me gain additional insights to the challenges associated with ependymoma,” says Dr. Pajtler. His research is under the leadership of pediatric neuro-oncologist Stefan Pfister, M.D., at the Hopp Children´s Cancer Center at the NCT Heidelberg (KiTZ).

In May 2015, Dr. Pajtler made what he considers his most important contribution to the field. In a joint approach with international cooperation partners, he developed the novel molecular classification of ependymoma that helped researchers better understand the underlying biology of the disease.

The researchers used DNA methylation profiling to identify nine molecular subgroups in a large cohort of 500 tumors. Notably, they identified more subtle oncogenic mechanisms (genetic changes that have the potential to cause cancer) in aggressive posterior fossa ependymoma.

Based on these findings, in August 2018, Dr. Pajtler and collaborators discovered that an uncharacterized gene, CXorf67 (now called EZHIP), has a functional role in posterior fossa type A (PFA) ependymomas. “The gene drives histone hypomethylation in PFA tumors by mimicking K27M mutated histones, which is a known oncogenic mechanism in an aggressive brain stem tumor called diffuse intrinsic pontine glioma,” explains Dr. Pajtler.

Further using molecular classification, in August 2019, Dr. Pajtler reported a novel molecular group of spinal ependymoma with MYCN amplification and plans to establish it as a new molecular subgroup in ependymoma.

“Within the last few years, we have gained substantial insights into ependymoma biology and increased our understanding about essential oncogenic dependencies or single molecular alterations,” says Dr. Pajtler. Yet, despite significant findings, researchers still do not have promising targets or compounds to target known alterations.

For example, disruption of the interaction between CXorf67 or EZHIP and EZH2 may serve as a novel targeted therapy for aggressive PFA tumors. “This knowledge can now be paired with our fully characterized and representative models in order to preclinically evaluate potential treatment approaches and get prepared for early phase clinical trials” says Dr. Pajtler.

“An improvement in therapy for ependymoma is urgently needed,” says Dr. Pajtler. “We are currently integrating all molecular information that we have gained within the recent years to evaluate the most promising therapy approaches to be tested in our new models.” He also plans to focus his research on identifying relevant downstream mechanisms of ependymoma that may be better accessible for novel therapeutic approaches.