In a groundswell of international support, patients, caregivers, professionals and advocates participated in a variety of events marking April 18, 2013, as Ependymoma Awareness Day. 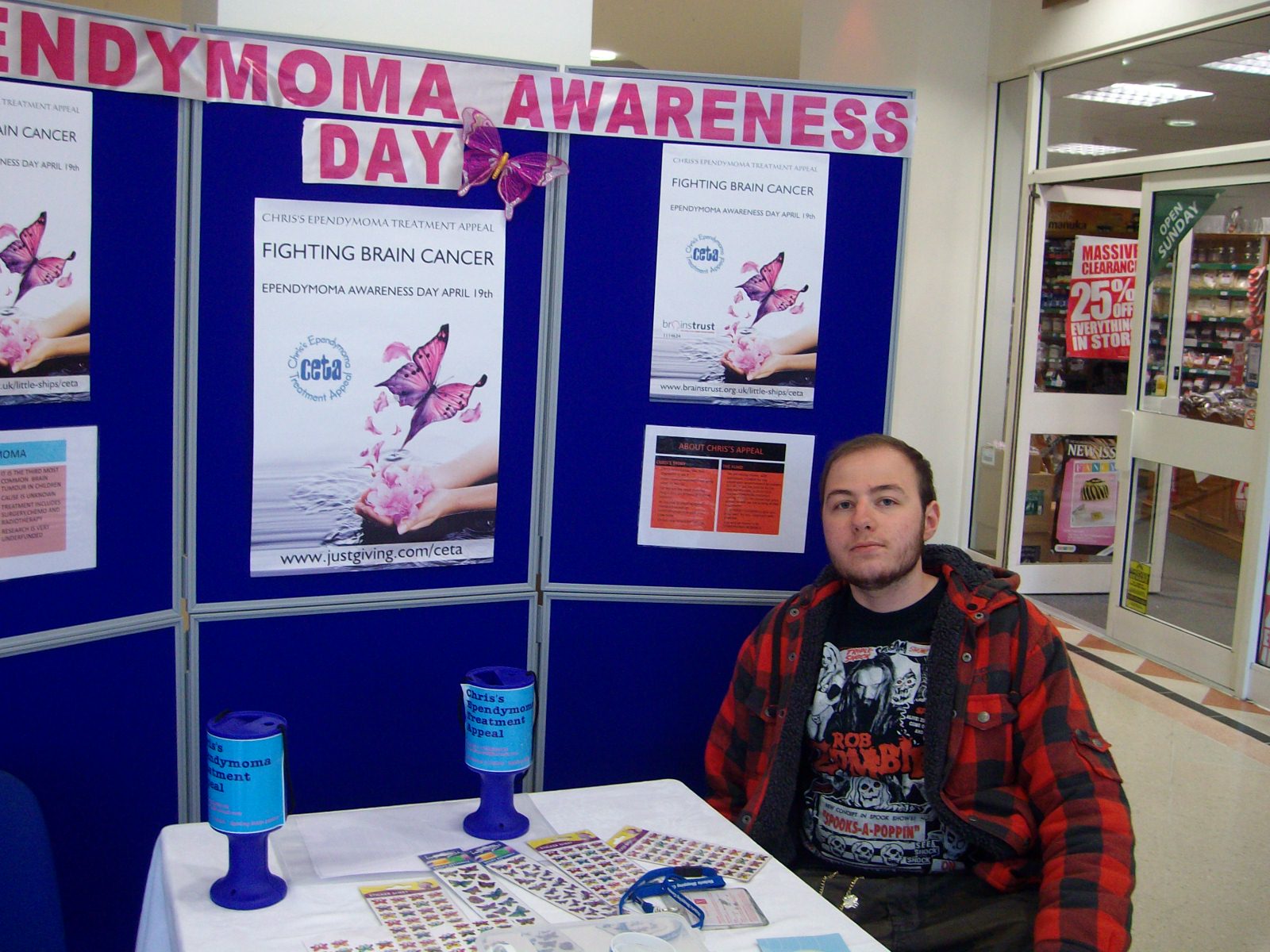 Chris, along with his family and friends, held Ependymoma Awareness Day in The Victoria Shopping Centre, Harrogate, North Yorkshire England, on April 19, 2012. The young man you see is Chris who has been battling ependymoma since he was 8. He started with a brain tumor in the 4th ventricle, which then spread to the spine when he was 12. From the time he was diagnosed, Chris has battled 30 tumors, had numerous operations including 7 at the top of the spine. He has received 60 rounds of radiotherapy, two sessions of cyberknife, two sessions of gammaknife to 10 lesions in the brain plus 4 months of high dose chemotherapy. Chris will be 21 this year. It goes without saying that Chris is a brave young man who has dealt with a lot with quiet courage and dignity.

He raises funds for any treatments that could help Chris fight his tumor with any surplus going to ependymoma research. Chris was thrilled that CERN had established an Ependymoma Day and punched the air with glee when the butterflies were released! He gave out butterfly stickers to those who approached him and informed them as best we could about ependymoma. Chris celebrated Ependymoma Awareness Day with his mother, Chris’s grandma and friend Edna who kindly helped us. Chris, as well as all his family, would like to thank all at CERN for striving so hard to cure this despicable disease.

Sadly, Chris lost his battle with ependymoma in January of 2013.

Here are some of the blog posts: