Awareness Starts With You

Ependymoma survivor, Jennifer, shares the importance of awareness and how internal awareness is step one. Jennifer writes “Awareness began for me when I began to worry about what felt like a little fire inside my left temple.” Read her second Ependymoma Community Blog entry titled 'Awareness Starts with You' to learn more about her personal experience with awareness. 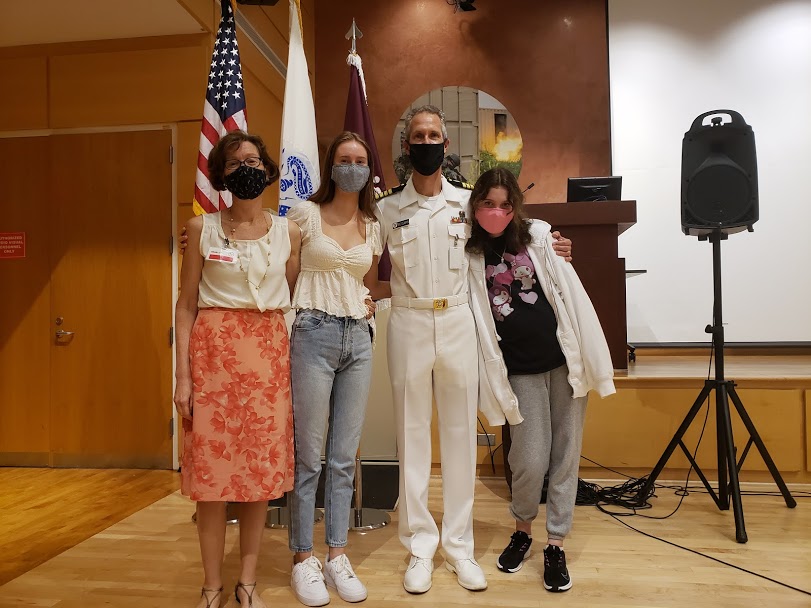 I was so dreading this haircut.

My family and I had moved from California to Maryland, leaving behind the house I had long loved, daily doses of sunshine, and family and friends – my friend Ali the most at that particular moment. Ali was my hairdresser. I was 32 and pregnant with my first baby when I met her; my baby, Katie, is now 15. Ali was there when Katie was 5 and decided to cut her own hair the week before school picture day. Ali told me who to call during the neighborhood lice outbreak of 2014. When I, not surprisingly, started to go gray, Ali was there.

And after enduring surgery and 6 weeks of radiation for a nasty anaplastic ependymoma that had planted itself right behind my left ear, leaving almost that entire side of my head completely bald, Ali knew what to do. Gently clipping the hair I did have, she balanced my locks so I looked almost like I had a full head of hair. “Just pull it back in a pony,” she’d said. “No one will see.”

But I had left Ali and everything else. I still have a big bald spot below my left ear, so I needed to find someone like Ali who would understand. So, I made an appointment at a place recommended by the neighborhood moms and hoped for the best.

Sitting in the chair talking to my new hairdresser, I tried to explain, without too much of my medical history, my bald spot. “I had some surgery a while back,” I told the woman. “Some of my hair grew back, but I do still have this bald spot back here. I need to be able to keep it covered.” I pushed my hair aside; the bare skin behind my ear felt cool.

The woman looked down. She frowned. “When did you have surgery?” she asked.

She narrowed her eyes. “Well, why haven’t you tried Rogaine?”

Well, let me tell you why.

I am proud of my bald spot. It makes me aware of what I have been through and what I still want to accomplish.

Awareness began for me when I began to worry about what felt like a little fire inside my left temple. I saw doctors, I took medicine, I even tried physical therapy (it did not help). Finally, on the advice of my brother, I asked my doctor to order a head CT, just for my own reassurance. Within 8 hours of that CT, I had a team of surgeons and techs and absolutely no control over my future. I had become painfully aware of anaplastic ependymoma.

Fundamentally, awareness is internal. It’s that little spark I feel when I wake up every morning and say quietly, “Thank you God, for this day. Please help me to make it a good one.” Awareness is how I am feeling physically – does my head hurt, has my vision changed? If my head does hurt, if it seems I cannot see as much as I used to, I call my doctor and I get myself checked out. So far, my headaches and vision changes have been fixed with stronger allergy medicine and new prescriptive lenses. But I will never be unaware of my health and my medical concerns again.

Awareness of the brain cancer community is equally important. All cancers suck, but brain cancer is very isolating. There were no pink ribbons or 3-day walks for my disease. There was little information about it, and none of it was reassuring.

Then I got an email from a former co-worker. “I was going to tell you, ‘I am sorry,’” he wrote, “but instead I am telling you, ‘Good luck!’”

Awareness has come to mean so much more to me than cancer. It’s the people I have met along the way.

In 2010, I was a little over one year out of treatment, and I registered for the National Brain Tumor Society (NBTS) 5K Walk in San Diego. I went alone, and I felt miserable. There were so many people there, walking for someone they’d loved, someone they’d lost. There were other people with funky bald spots and people in wheelchairs. Then, along the trail, a man ran past me. He was wearing a T-shirt declaring “5-Year Survivor.” I wanted to catch up to him and ask how he’d done it, but he was going too fast. But I decided right then I would be back the following year wearing a “2-Year Survivor” T-shirt, and I would run it, too.

It took almost a year for me to be able to run 3.1 miles in under 30 minutes. Running is not my thing; I am more of a yoga person. But I did it. I raised some money for the NBTS. And a small posse came with me -- my friends Miranda, Amy, Keith, Sage, and Chai. I will always be grateful to them.

In the spring of 2011, I had my first Butterfly Release. It was in our front yard with my daughters, Katie and Lily. I’d ordered a science kit and set up two cages for these little icky caterpillars that got fat and eventually came out of their crystalis as Monarch butterflies. We sat in our front yard and let them fly away. It was a great picture for the Christmas card, but I wanted to do more.

So, the next spring I planned a CERN Butterfly Release Garden Party. I sent out Evites to pretty much everyone I knew in San Diego. I baked scones and cupcakes and sliced up fruit plates. Even one of our friends, Ashley, who is a professional photographer, came to take pictures. After everyone had had enough treats, we let loose the butterflies. There were probably about 12 of them. One of the coolest things about recently released butterflies is that, often, they hang around. They landed on kids shoulders, even their fingers. And then we watched them fly as far away as they could.

The next time I booked an appointment with my new hairdresser, I was ready. Before she spoke, I told her: “My hair won’t grow back. I am a cancer survivor. The tumor was right here.” I padded at my bald spot. “I had about a million gigo-watts of radiation to my brain. But I am still standing, thanks to my family and my doctors and people at the CERN Foundation. It’s a non-profit organization. All contributions are tax-deductable.”

It’s been almost two years since I moved to Maryland. I still go to the same hairdresser. She never mentions Rogaine for Women. But I always ask her for a contribution.