Monique Armand was so touched by Ryan Kennedy’s story and his fight with ependymoma that she decided to create her own fundraiser in Grand Isle, LA. 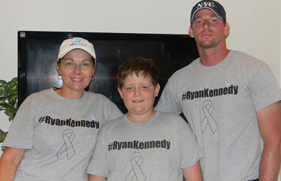 “We want to remember Ryan and all the other angels who lost their battle and honoring those still fighting it.” – Monique.

Grand Isle, LA is a small community of 500-1,000 people. They released personalized balloons to honor those battling ependymoma. The children sold lemonade, root beer and sweets. #RyanKennedy t-shirts were purchased from Ryan’s teacher in Michigan.

“I don’t know anyone/child that has ependymoma, just heard of Ryan’s story and was inspired to do something, but cancer (of any kind) is worth finding a cure for.” – Monique. The CERN Foundation would like to thank everyone who participated. 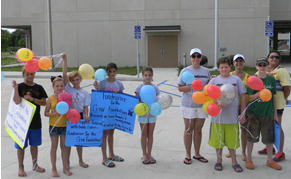 All the proceeds went to the CERN Foundation and will help us advance our efforts as we work for a cure!